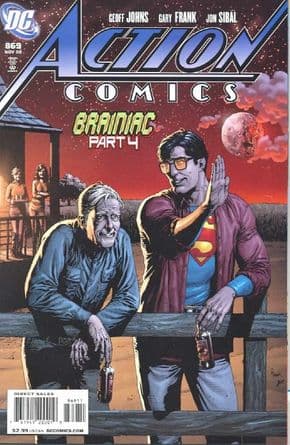 Action Comics #869 (2008) DC comic book. Written by Geoff Johns, Art by Gary Frank & Jon Sibal, Cover by Gary Frank. "Brainiac" part 4 of 5! Krypton's greatest adversary has set his sights on Superman and his homeworld as his endless quest for absolute knowledge continues. But the horrors within Brainiac's ship are nothing compared to the alien behind it. Superman's world is about to change as the build-up to the Superman event of 2008 races towards its conclusion!