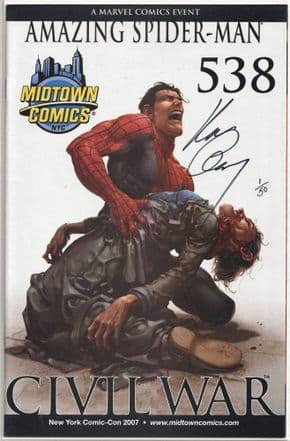 This limited edition variant comic was only available in the US from Midtown Comics.

It comes with the holofoil seal intact and the ultimate numbered DF Certificate Of Authenticity (COA) #1 of just 50 copies that were produced!

Scans are of the actual item. Bagged and boarded in Near Mint condition.

This is a Civil War crossover issue!