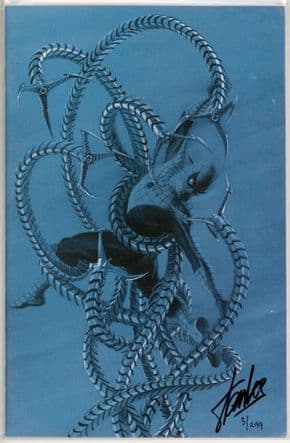 Amazing Spider-man #600 Dynamic Forces Alex Ross Variant Limited Edition Signed comic book from Marvel Comics, which is signed by Stan Lee, the late Marvel Comics Legend and co-creator of the Spider-man back in 1962!

It comes sealed with the holofoil seal intact and a low numbered Dynamic Forces Certificate Of Authenticity (COA) #3 confirming that the signature is authentic from a limited production run.