Featuring characters from the Sam Raimi (Spider-Man Movies film Army of Darkness, the Dynamite Entertainment ongoing series features Ash having to leave behind the comfort, safety, and convenience of the S-Mart when a face from the past (1300 A.D. to be exact) travels to the present day to recruit him for another go-round with the NECRONOMICON and its minions.

Ash gets a do-over to set right a new problem caused by his misspeaking those notorious MAGIC WORDS and is charged with the unusual task of returning to a certain CABIN IN THE WOODS on the fateful night he first learned of the existence of DEADITES and The Book of the Dead - in order to make certain the events that led up to Ash's initial trip to the past take place - only THIS time, the Deadites will be waiting for him! 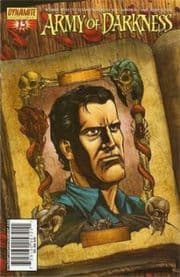 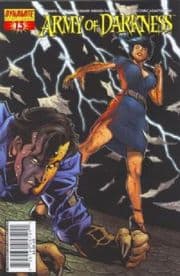 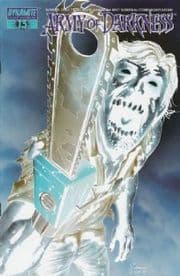 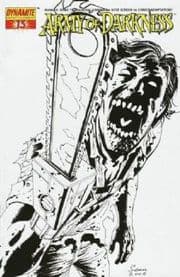