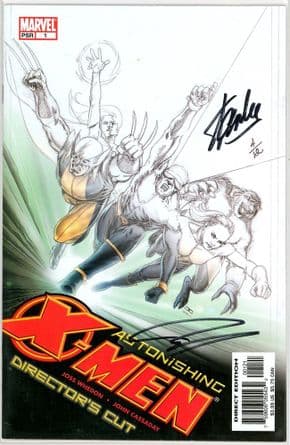 Astonishing X-Men #1 Director's Cut Dynamic Forces Limited Edition signed comic book from Marvel Comics, which is signed by Stan Lee, the late Marvel Comics Legend, cameo actor in the X-Men Movies and the original writer and co-creator of the X-Men back in 1963!! It is also signed by John Cassaday, the series and cover artist.

It comes sealed with a Dynamic Forces Certificate Of Authenticity (COA) confirming that the signatures are authentic and that it is one of a limited edition of just 12 copies ever produced!

The large scans are of the actual item in Near Mint or better condition.