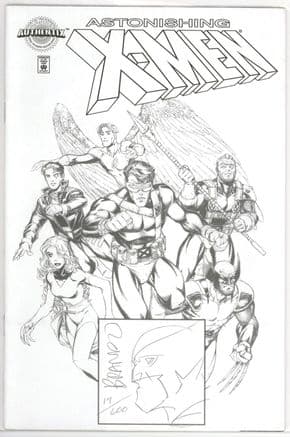 Astonishing X-Men #1 Dynamic Forces Authentix Limited Edition Signed and Remarked Variant comic book from Marvel Comics. It has been signed by the artist Brandon Peterson, who has added a large piece of original artwork in the form of a Wolverine head sketch in pencil.

It comes with the Dynamic Forces Authentix foil seal intact, in Near Mint condition, with a numbered DF Certificate Of Authenticity from just 600 copies produced.