Marvel Classic Character Statues from Dark Horse Deluxe. Beginning in September 2011, the program will launch with two alternating series: Classic Marvel Characters and The Fantastic Four. The ongoing character line-up will present these characters just as they originally appeared; Daredevil in his yellow and red costume, for instance. This new line will be deliberately different than what is common with a modern Marvel collectible sculpture, with features like a rougher surface texture, visible seam lines and other slightly “distressed” aspects, such as paint application.

Each hand-numbered statuette comes carefully packaged in a custom-tooled full-color litho-printed tin box, in a style similar to past releases in the Dark Horse series.  Also included is a small booklet about each character and a vintage-style pinback button of the character.

Dark Horse’s statuettes are inspired by character premiums developed in the 1930’s. Highly prized by collectors, these were often used as advertising premiums featuring famous comic strip characters. Now known as “syroco” figurines, these statuettes are named for both the company that originally produced them, and the wood-like resin material from which they were made at the time. Measuring between 4” and 5”, these statuettes have been sculpted in the original style, described by Craig Yoe as “primitive but charming.” 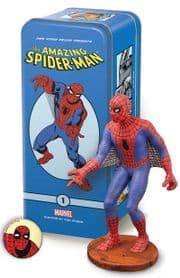 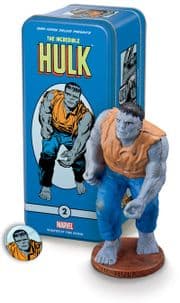 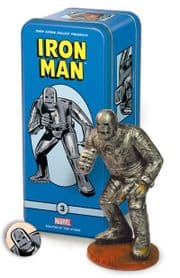 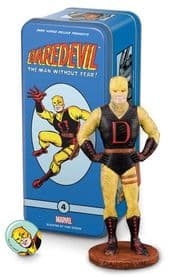 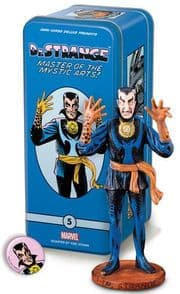 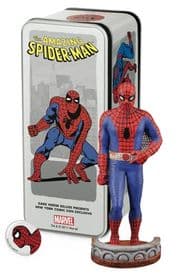 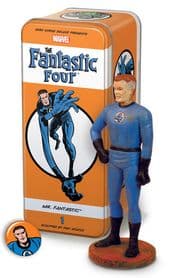