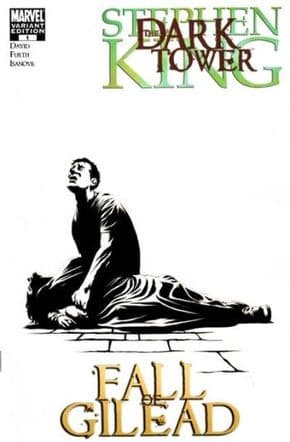 Dark Tower: The Fall Of Gilead #1 Isanove Retail Sketch Variant comic book, based on the novels of Stephen King, from Marvel Comics.