Dead of Night Devil Slayer comic books from Marvel Comics. Abandoned by his fiancée, his family, his church, and his government, Sergeant Dan Sylva returns to Iraq for a third tour of duty -- and a descent into Hell itself. If the demon Belathauzer and the mysterious mercenary group known as Bloodstone have their way, Iraq, the place where civilization began, may also be where civilization ends. The reinvented Devil-Slayer takes Marvel's DEAD OF NIGHT to terrifying new heights, from award-winning horror novelist Brian Keene (The Rising, Dark Hollow) and artist Chris Samnee (DAREDEVIL: BLOOD OF THE TARANTULA)! 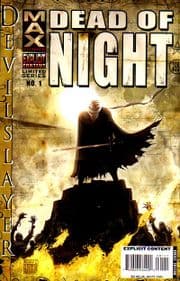 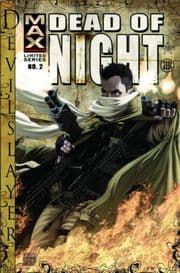 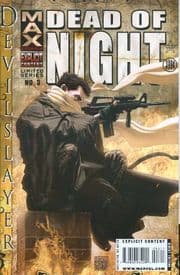