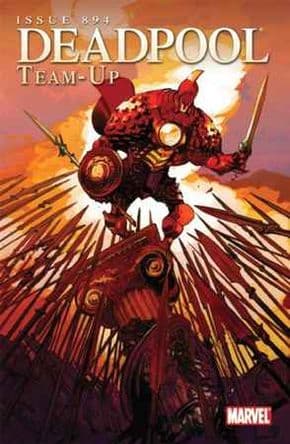 A DAME TO GET KILLED FOR. When a widow hires Deadpool to avenge her husband and kill The Punisher, Wade Wilson follows a trail that leads him under the city of NY and headfirst into an army of monsters lead by the animated remains of his prey. What he finds is that FrankenCastle is already dead... but that doesn't make him any less deadly.