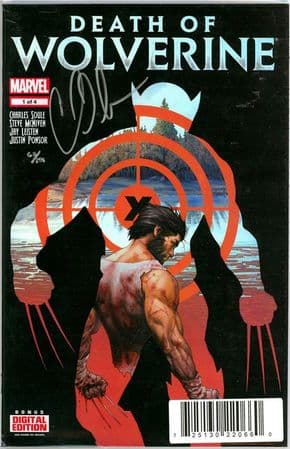 It comes with the Dynamic Forces holofoil seal intact and a numbered Certificate Of Authenticity confirming that the signature is original and was limited to just 181 copies produced (the same as the Incredible Hulk issue number in which Wolverine first appeared!).

Near Mint condition. COA number may vary from that shown.