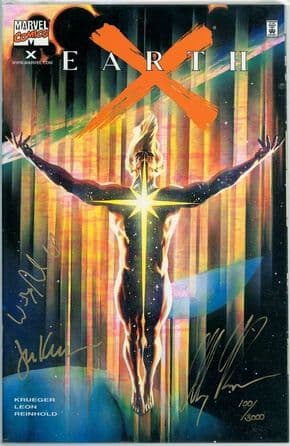 It comes with the holofoil seal intact and a numbered Dynamic Forces Certificate Of Authenticity (COA) confirming that the signatures are authentic.

The scans are of the actual item in Near Mint+ or better condition.

Note - all copies of this book have Brent Anderson credited on the COA but we believe this is an error and that the third signature is actually Bill Rheinhold!