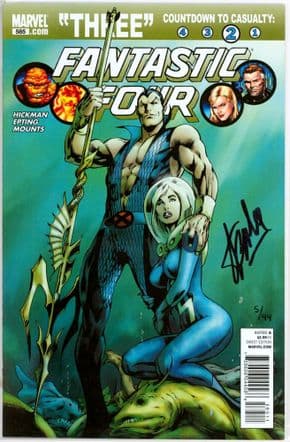 It features a stunning cover featuring the Sub-Mariner and the Invisible Girl!

It comes sealed with a low numbered Dynamic Forces (DF) Certificate Of Authenticity (COA) #5 confirming that the signature is authentic and that it was limited to just 44 copies produced in the world!