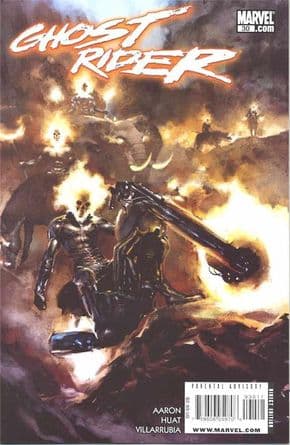 Ghost Rider #30 (2008) Marvel comic book. Written by JASON AARON, Penciled by TAN ENG HUAT, Cover by GERALD PAREL. "The Last Stand of the Spirits of Vengeance" kicks into high gear!With Zadkiel and his army on the verge of conquering heaven itself, a force is gathering to oppose them, a group unlike any we've ever seen.But will their ranks include Johnny Blaze or has he given up the fight once and for all?Find out for yourself in this exciting new ###-kicking installment of the red hot GHOST RIDER!