House Of M Avengers comics from Marvel Comics. Return to the world of the hit House of M series, where mutants rule the earth and familiar heroes lead shocking, unfamiliar lives! See the history of this alternate reality revealed for the first time! Follow Luke Cage as he goes from wrongly-convicted prisoner to super-powered fugitive...and assembles the band of rebel freedom fighters who will come to be known as the Avengers! Featuring Hawkeye, Iron Fist, Moon Knight, Tigra, Mockingbird and more than a few surprises! The team behind the acclaimed Union Jack, Christos (World War Hulk: X-Men) Gage and Mike (Captain America) Perkins, reunite to bring you Marvel's heroes and villains in a world where anything can happen...and does! 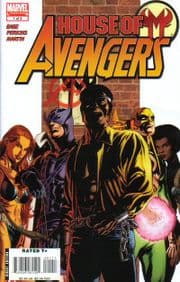 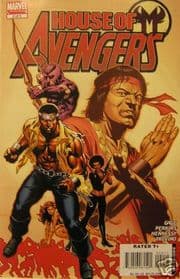 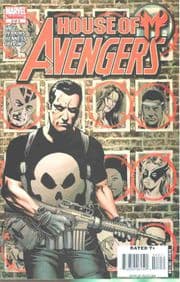 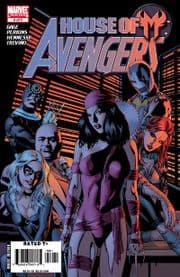 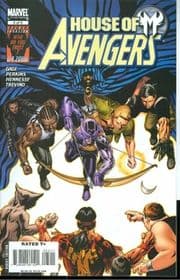