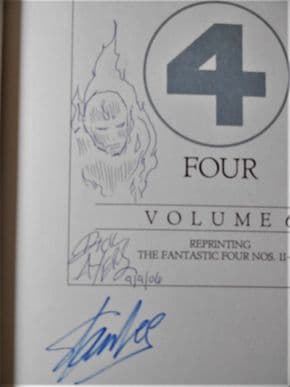 This First Print Hardcover from Marvel Comics, reprints issues #11 to #20 of the Silver Age Fantastic Four comics, which were written by Stan Lee and inked by Dick Ayers, over Jack Kirby's artwork.

It comes with a Certificate Of Authenticity (COA) from the Hero Initiative in 2009.

The scans are of the actual item.

The book will be shipped in the same oversized box that we use for CGC comics.