Millar & McNiven's Nemesis comics from Marvel Comics. CIVIL WAR? Nothing. KICK-ASS? A warmup. What if the smartest, toughest costumed bad ass in the world was totally evil? Meet Nemesis. He’s systematically been destroying the lives of every police chief in Asia, and he’s now set his sights on Washington, DC. Between you and me, the police don’t have a chance. Do not miss the book that EVERYONE will be talking about by the creative team that made CIVIL WAR the biggest book of the decade. 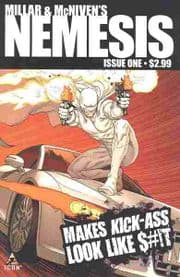 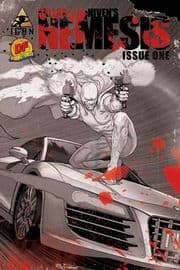 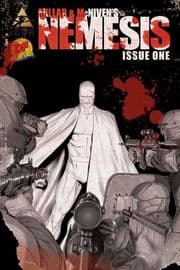 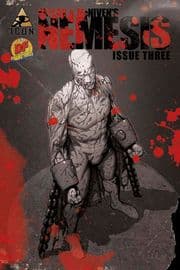 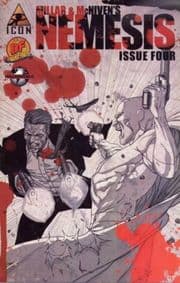 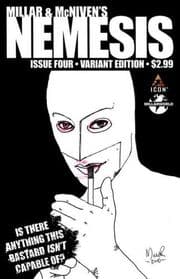