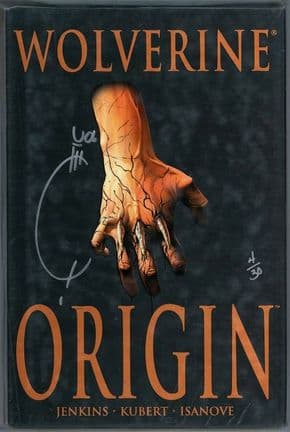 Wolverine The Origin Hardcover book from Marvel Comics, which features the true origin of Logan aka Wolverine and collects the comic books from the Origin mini series. It is a limited edition Dynamic Forces signed book, which is autographed by the Marvel Comics Editor In Chief, Joe Quesada. It comes with the Dynamic Forces foil seal intact and a low numbered Certificate Of Authenticity #4 confirming that it is one of just 30 copies produced in the world!