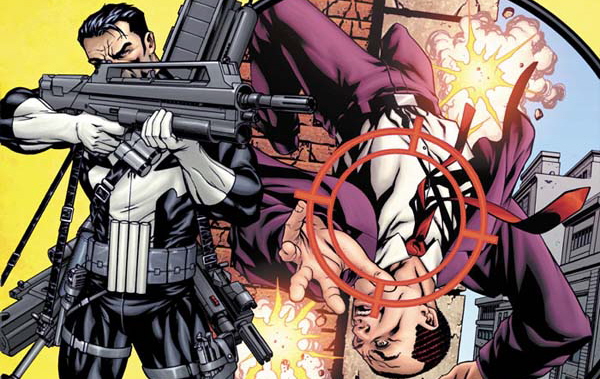 Punisher comics published by Marvel Comics in 2009. The fight against the "Dark Reign" begins as the duty of chronicling Frank Castle's war journal is passed to new regular team of writer Rick Remender (End League, Fear Agent) and Jerome Opeña (Wolverine, Fear Agent). One man with one bullet, in the right place, at the right time, can change the world. That's why the Punisher is perched atop a building on the Jersey shore with a high-powered Skrull rifle, his crosshairs trained on a target in Midtown Manhattan. But who is his target -- and why? One thing's for sure: They're anything but helpless. Someone is watching their back. Someone big. Enter: The Sentry!