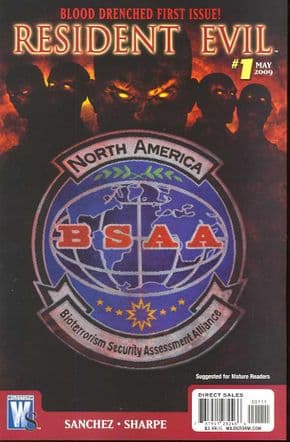 Capcom's international video game sensation returns in March with Resident Evil 5 and WildStorm debuts the new prequel miniseries tying into the highly anticipated release! Find out what led Chris Redfield to Africa and learn the dark burden that haunts him! An absolute must-read for fans of the franchise and a starting point for new readers!

Bagged and boarded in Near Mint condition.