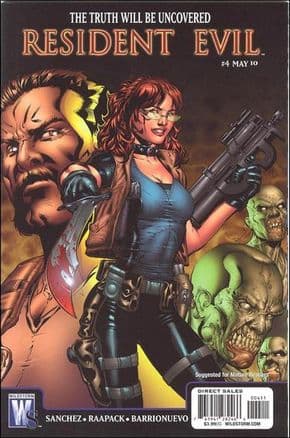 Resident Evil #4 (2010) DC Wildstorm comic book. Neuermann Giesel is the cat's meow of Ubelandia's 20-something party scene. So it's only natural that BSAA Agents Gere and Sugarman wonder why he's chosen to hang at the remote jungle compound of Fritz Giesel – the CEO of Giesel Industries – instead of at a trendy club. And a tour of the compound turns deadly as the two agents are caught in Neuermann's idea of a T-Virus play date. Plus don't miss superstar artist Ed Benes' 2-page origin story of Agent Mina Gere!