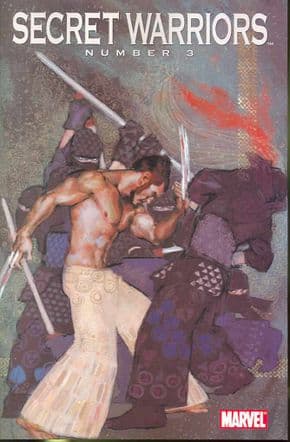 Secret Warriors #3 Parel Wolverine Art Appreciation Variant comic book from Marvel Comics. Written by BRIAN MICHAEL BENDIS & JONATHAN HICKMAN, Penciled by STEFANO CASELLI, Cover by JIM CHEUNG. The most talked-about new Marvel series continues as HYDRA's plans pick up speed while more remnants of S.H.I.E.L.D. fall. Nick Fury reconnects with an old colleague and finds out that the balance has shifted between him and some of his former soldiers. All that, and the Warriors suffer their first casualty of war.