Secret Warriors comics, tieing into the Dark Reign comics storyline, from Marvel Comics in 2009. Exploding out of the pages of Secret Invasion and Mighty Avengers!! Nick Fury and his new band of young heroes uncover the darkest secret in the history of the Marvel Universe!! A secret that will crack the internet into tiny little pieces!! A secret that sends the Secret Warriors tumbling into an underworld of rogue S.H.I.E.L.D. agents, super-powered spies, and global criminal organizations. This is the Nick Fury book you've been waiting for! Be there for the Marvel debut of award winning Nightly News creator Jonathan Hickman as he teams up with Secret Warriors co-creator Brian Bendis to unveil a new era in Marvel mania!! 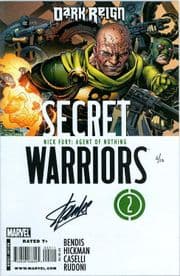 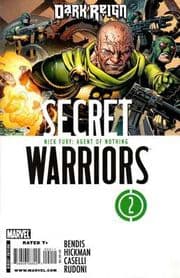 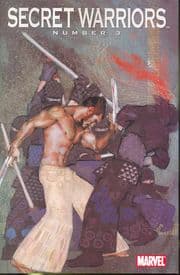