Star Trek Mirror Image comics from IDW Publising. Showcasing the top Star Trek writers in print, TV, and comics, IDW hits the afterburners for its second year under Starfleet command. In Mirror Images, Scott & David Tipton, masterminds behind the celebrated Klingons: Blood Will Tell miniseries, beam through the looking glass to deliver a story from one of the most popular corners of Star Trek canon, the Mirror Universe! In the "Mirror, Mirror" episode from The Original Series, an evil Kirk commanded the I.S.S. Enterprise for the Terran Empire. But how did he rise to power, in a universe where treachery is rewarded as much as accomplishment? Witness Mirror-Kirk's plot to unseat Captain Pike and seize command! 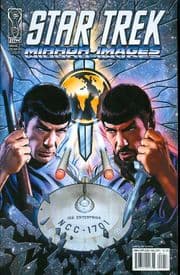 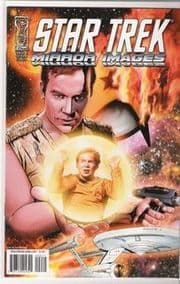 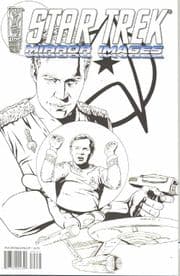 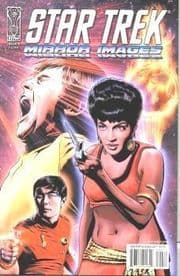