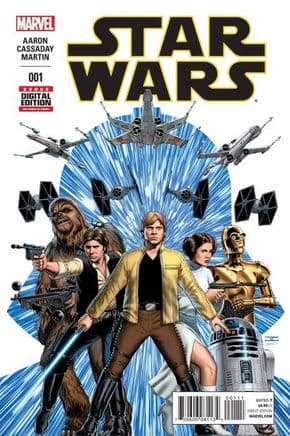 Star Wars #1 First Print comic book from Marvel Comics, published in 2015. This key issue has sold out 5 times and is now on it's sixth printing! It is in unread Near Mint condition.