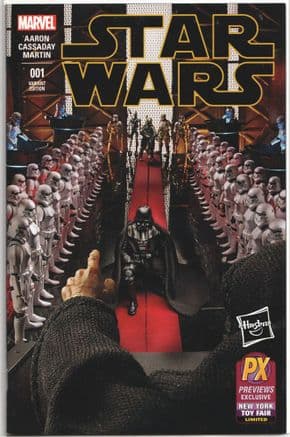 Star Wars #1 Hasbro New York Toy Fair PX Variant comic book from Marvel Comics, published in 2015.
The scan is of the actual item, bagged and boarded in Near Mint condition.