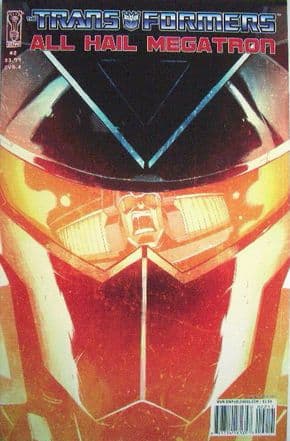 Transformers All Hail Megatron #2 Cover A (2008) IDW Publishing comic book. Shane McCarthy (w), Guido Guidi (a). The invasion has begun! American forces rally to defend New York City against the DECEPTICON onslaught as a key figure is called into the field. The full force of the U.S. military is brought to bear on MEGATRON and his warriors, but will it be enough to turn the tide? And what of the Decepticons' shocking secret? Series artist Guido Guidi supplies the cover image, and Trevor Hutchison offers an equally striking variant image.