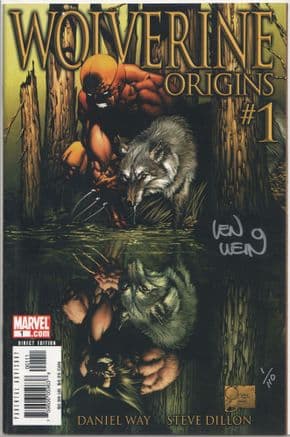 The comic book comes with the Dynamic Forces holofoil seal intact and with the ultimate numbered Certificate Of Authenticity #1 confirming that the signature is original and that it was limited to just 110 copies produced!

The scans are of the actual item which is unopened, bagged and boarded in Near Mint or better condition.