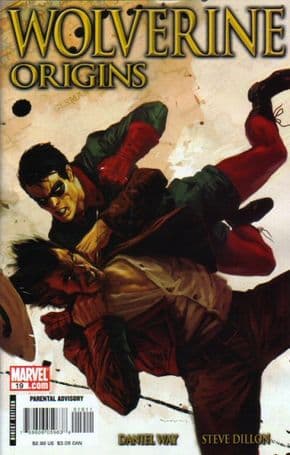 Wolverine Origins #19. Written by DANIEL WAY and Pencils by STEVE DILLON. “Our War,” Part 4 (of 5) Logan, Captain America, Bucky and Nick Fury continue their assault on Baron Von Strucker’s stronghold…but whose side is Logan really on? One of the most requested stories in Marvel history rolls on, giving readers not only the details of the first meeting between Captain America and Wolverine, but also an insight into the first time Wolverine realizes that he, like Captain America, has the power.